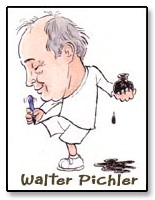 Born in Vienna, Austria but spent most of his school years in Salzburg. Studied glass painting and engraving.

Thereafter he went back to Vienna, where he spent a couple of years making stained glass windows and restoring old ones.  From 1963 to 1968 he studied graphic design on the Academy for commercial art in Vienna . During this time he started to do book illustrations.

He met Pat, a South African girl, and after finishing his degree they married and came to South Africa in 1968.

For the next 10 years he worked for various ad agencies and design studios in Johannesburg , where he lived with Pat and their 2 daughters.

He also freelanced for newspapers (The Star, Pretoria News and Sunday Times) and magazines (Financial Mail and Style , etc, doing cartoons and illustrations.

Never entirely happy in the ad industry he went fully freelance in 1978 – the second best move he ever made. In addition to the above mentioned work he did cartoons and strips for a number of house  magazines and newsletters, as well as ad agencies.

From 1985 to 1998 he did a daily cartoon for the front page of Business Day, and for 6 years the cover of the SA Builder. In 1994 he moved – at last – to Cape Town , where he is working for all the major publishers doing illustrations and cartoons for, amongst others, text books. He has had two of his own cartoon books published. One of them educational, for pre-school children, together with Pat who is a pre-school teacher.  The other one has a sporting theme. He likes to work on large, busy, pictures on any subject, for posters or calenders. Another speciality of his are framed caricatures for corporates and private clients. His medium is mainly pen and ink with water colours but is very flexible and uses other techniques, if called for. 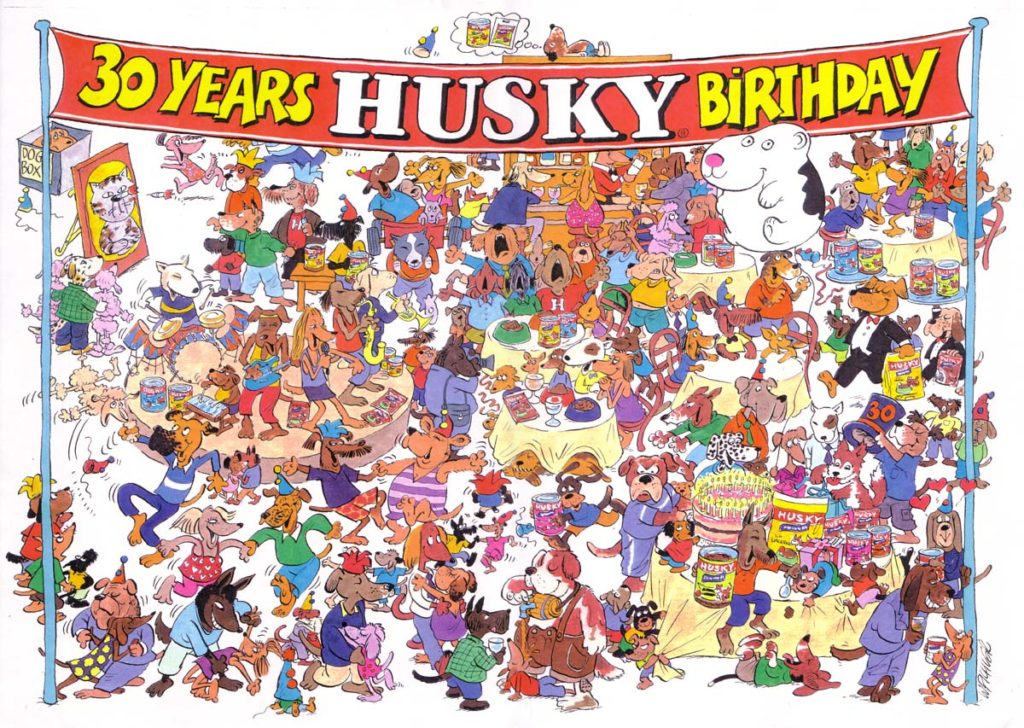 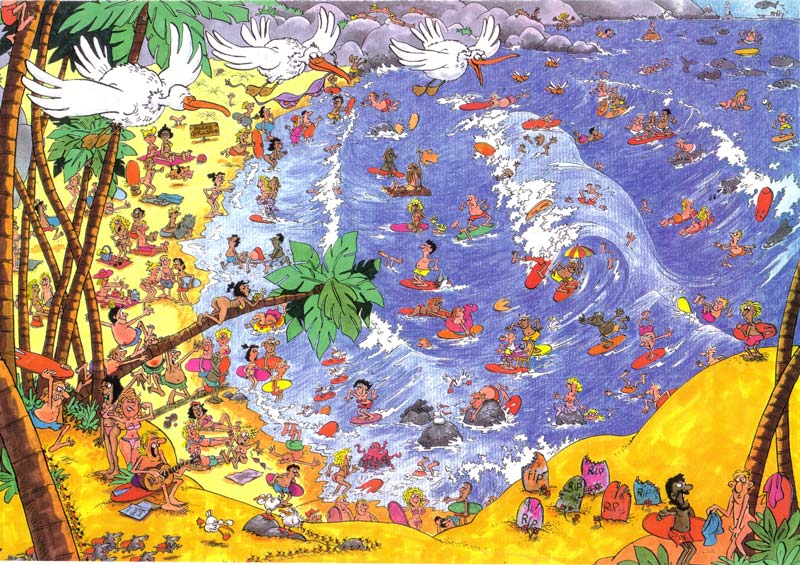 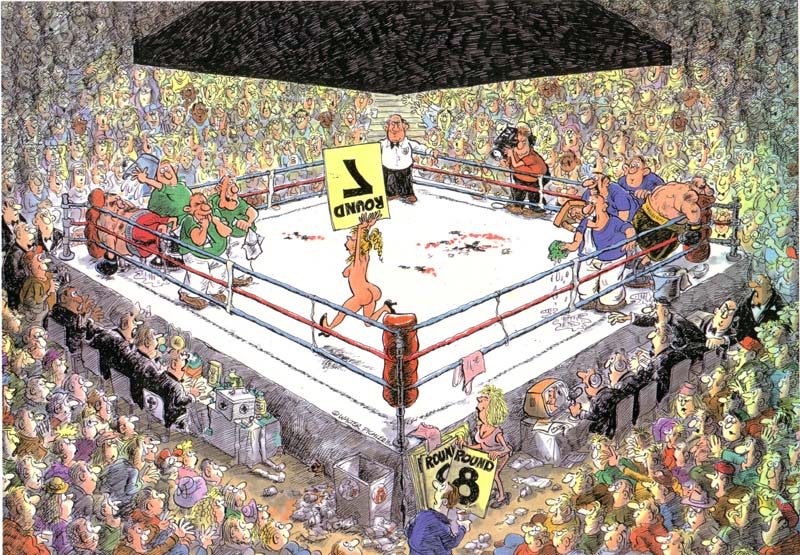 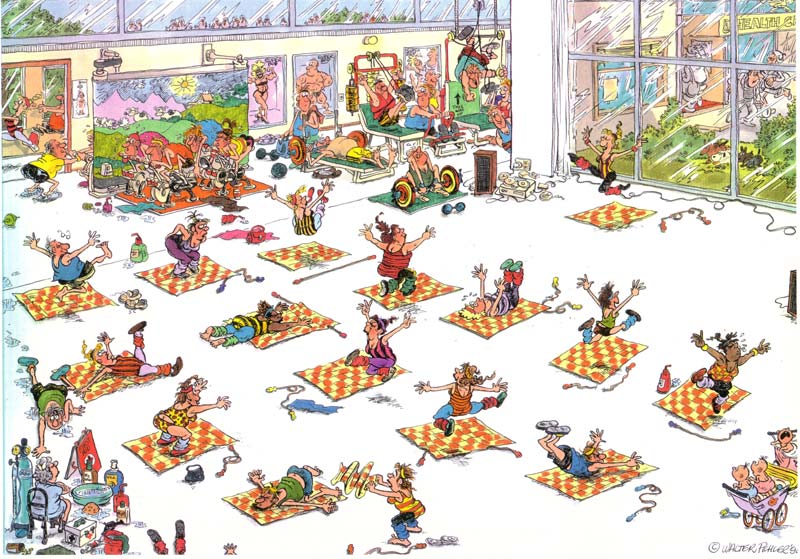 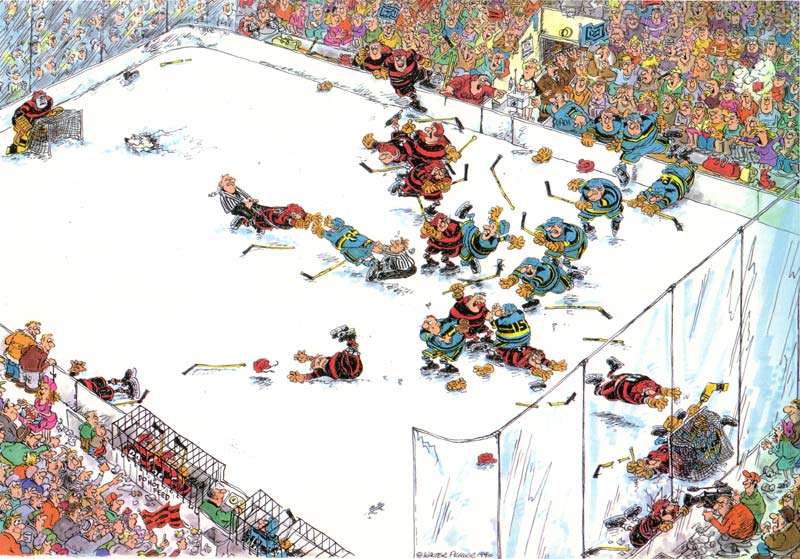 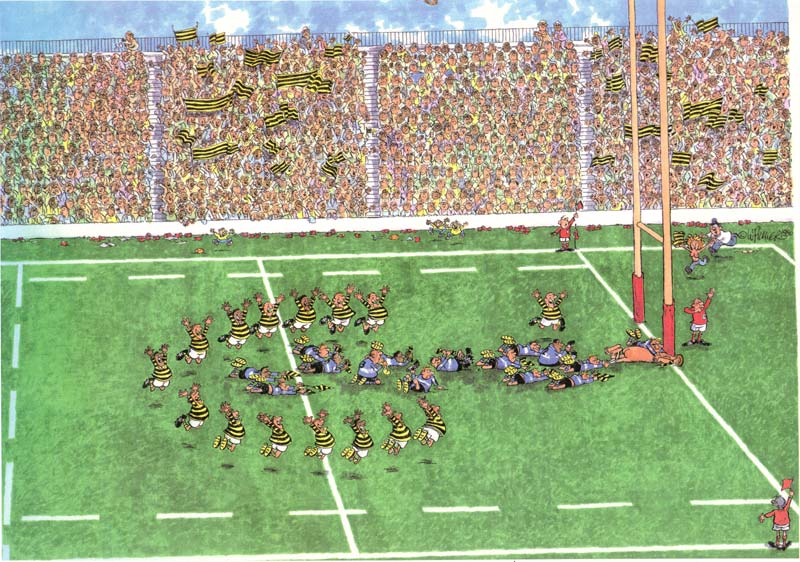 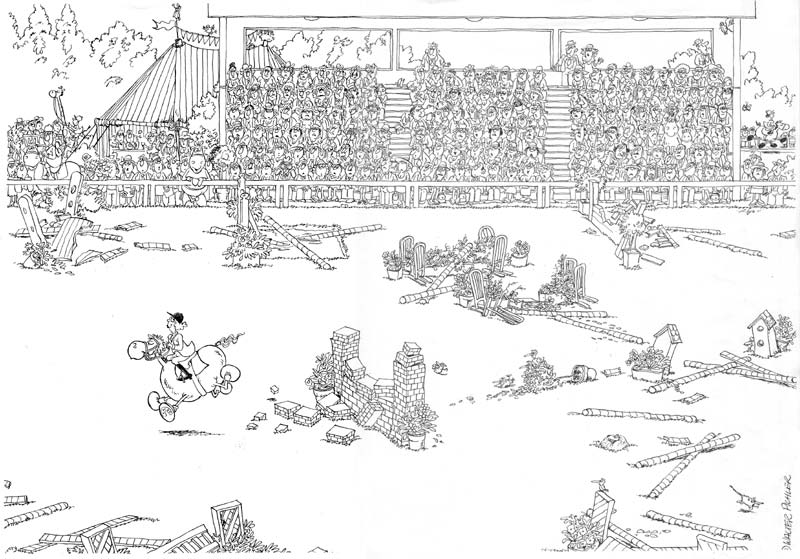 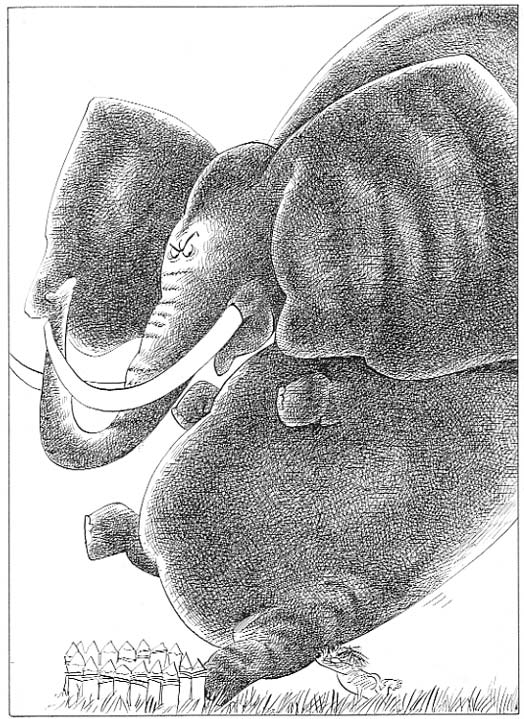 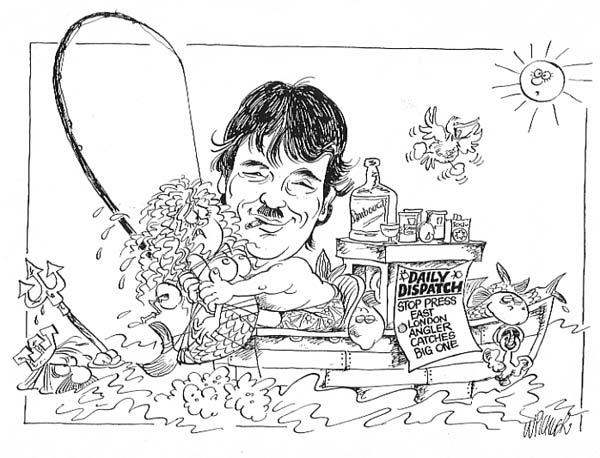 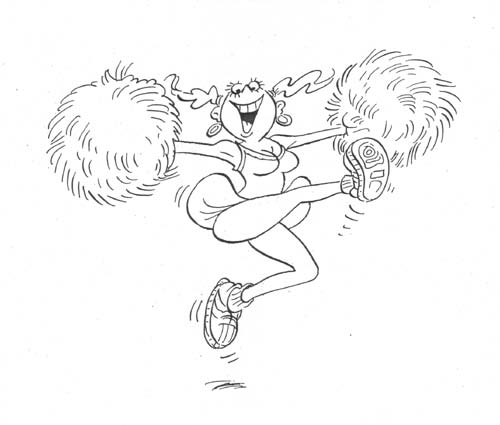 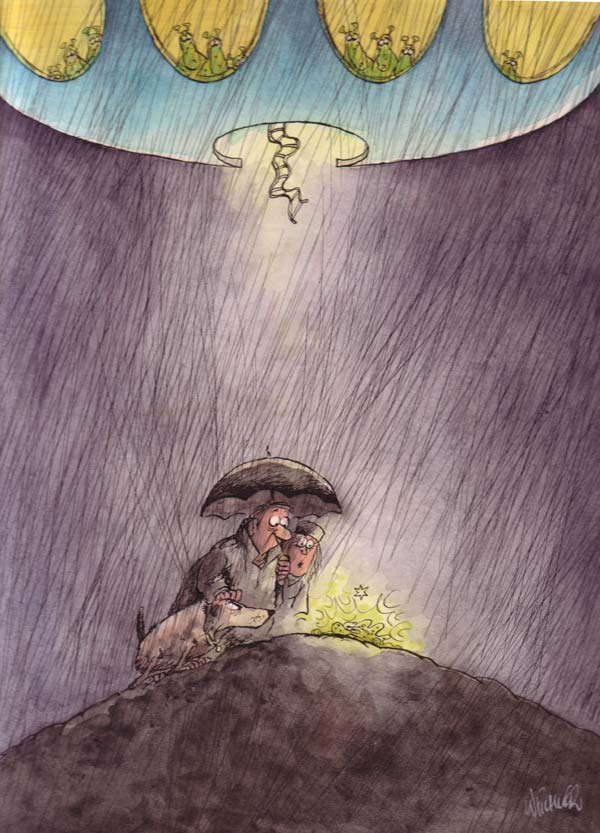 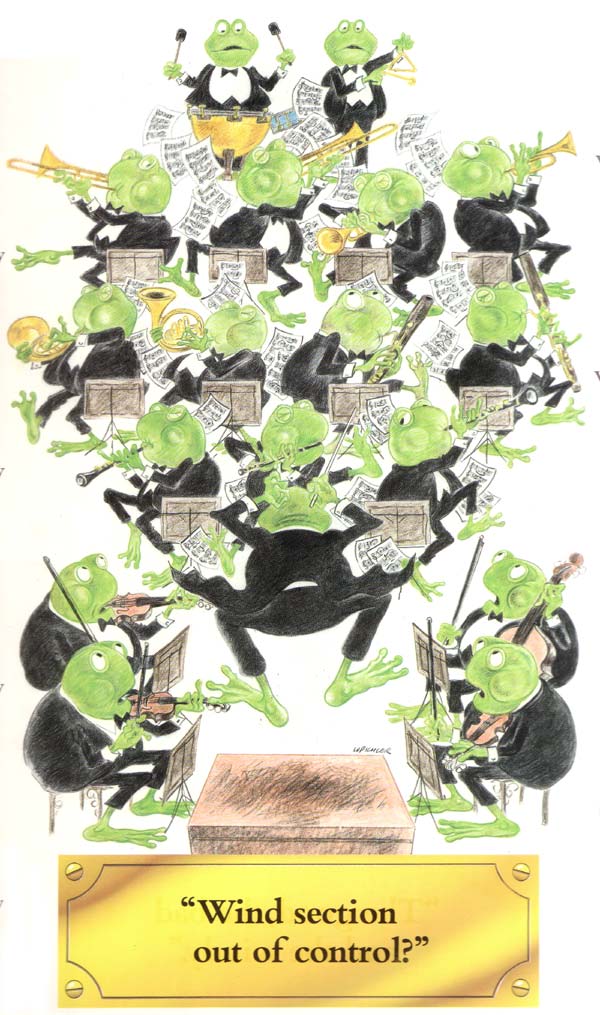 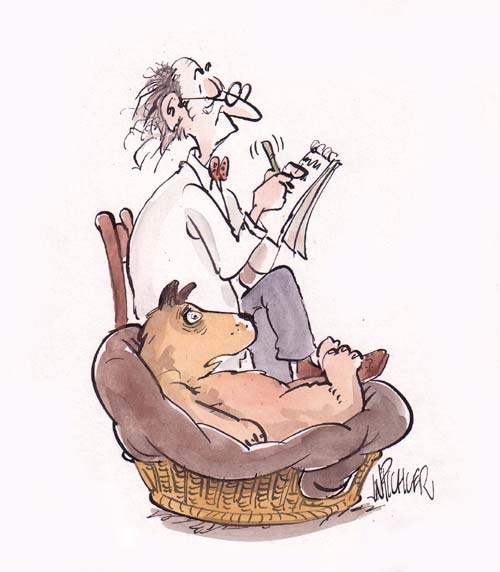 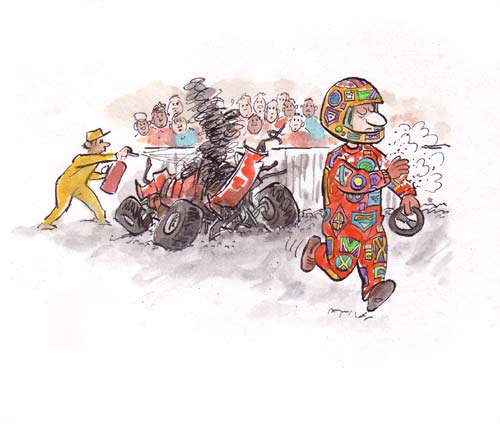 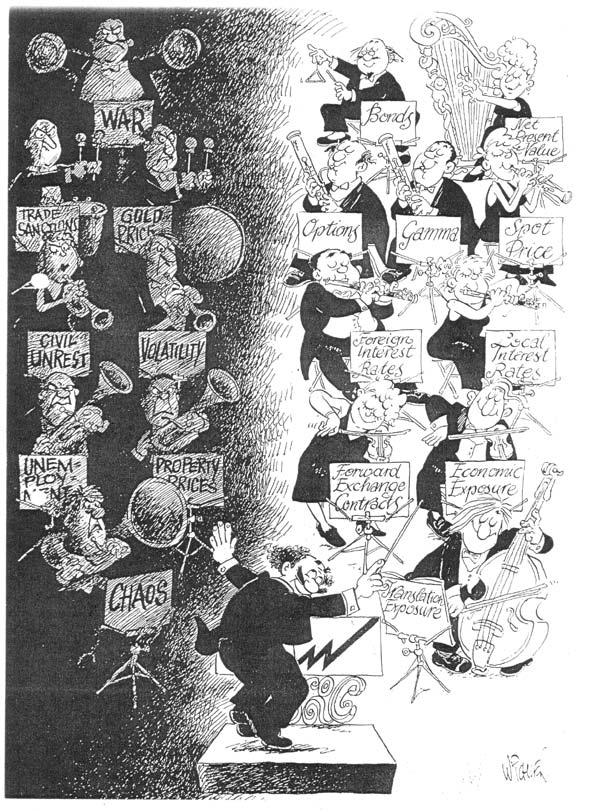 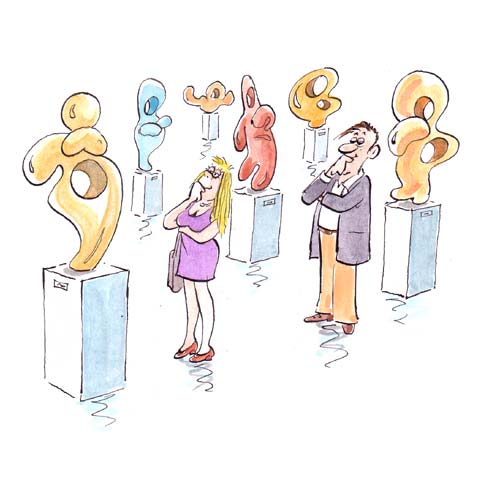 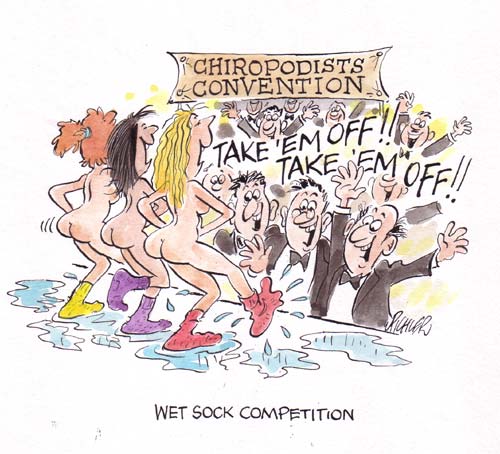 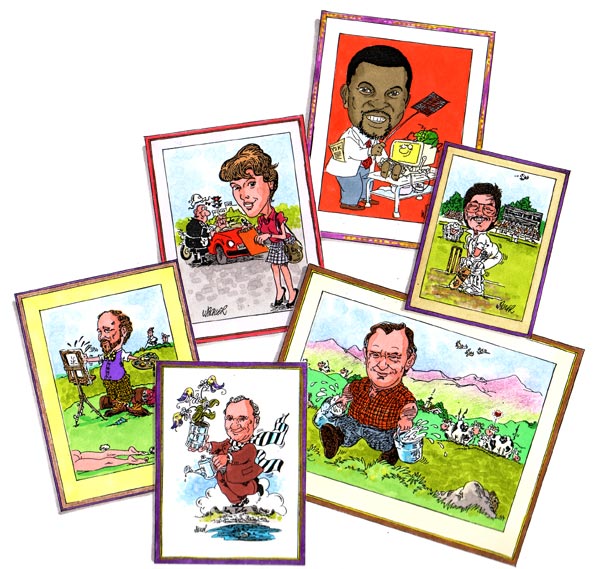 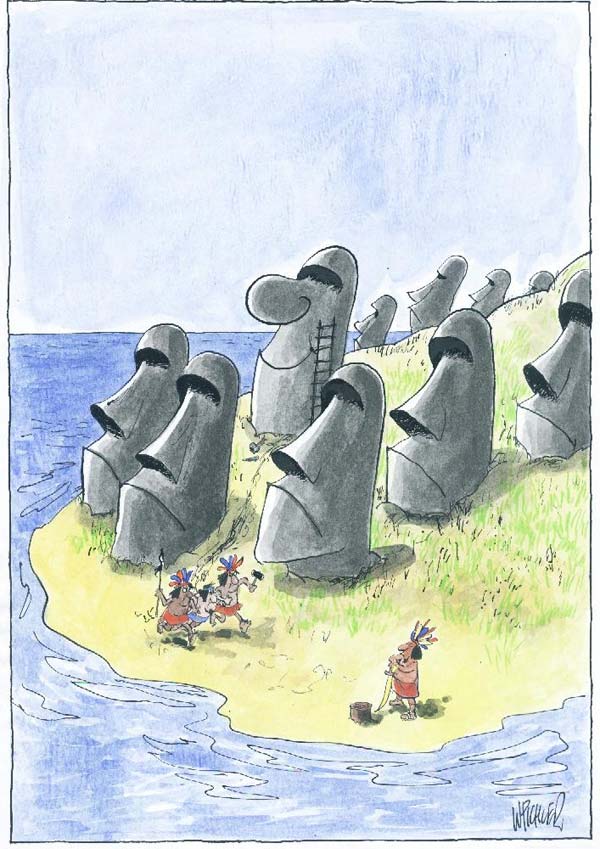 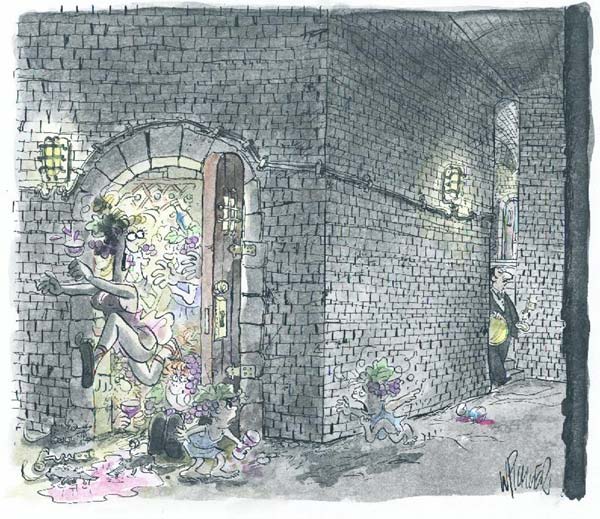