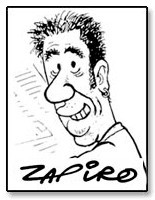 Born in Cape Town in 1958. Couldn’t imagine a career in cartooning, so studied architecture at University of Cape Town. buy clomid or serophene for infertility

Couldn’t imagine a career in architecture, so tried switching to Graphic Design and promptly got conscripted. While in the army he refused to bear arms and became active in 1983 in the newly-formed United Democratic Front. His arrest under the Illegal Gatherings Act caused some consternation in the SADF and his being monitored by military intelligence while also participating in the End Conscription Campaign, and designing its logo. His work as a cartoonist began in earnest with a wide range of political and progressive organisations. When the newspaper South began in 1987, he became its editorial cartoonist. He was detained by security police in 1988 shortly before leaving on a Fulbright Scholarship to study media arts at the School of Visual Arts in New York. New York was an eye-opening experience where he studied under comics masters Art Spiegelman, Will Eisner and Harvey Kurtzman.

He returned to South Africa in 1991 and with Story Circle produced educational comics including Roxy (Aids education), Tomorrow People (democracy education) and A Trolley Full of Rights (a child abuse prevention comic later used by UNICEF elsewhere in Africa).

He has been editorial cartoonist for the Mail & Guardian since 1994, the Sunday Times since 1998 and The Times since May 2009. Previously he was editorial cartoonist for Sowetan 1994 – 2005, for Cape Argus 1996 -1997, Cape Times, The Star, The Mercury, Pretoria News 2005 – 2008. He has held solo cartoon exhibitions in New York, Amsterdam, Frankfurt, Dhaka, Sweden and many in South Africa. He has also exhibited in numerous group shows locally and internationally. He attended the World Economic Forum in Davos, Switzerland 2003-2006 as one of a group of invited cartoonists. He has been an invited participant and speaker in cartoon events in Cameroon, Botswana, Namibia, Australia, France, the UK, the Netherlands, Italy, Germany, Sweden, Taiwan and the USA. In South Africa he has been a presenter and run workshops for a wide variety of organisations and educational institutions.

Resulting from hard-hitting cartoons about President Jacob Zuma, he has twice been sued by Zuma for defamation. At the end of 2012, Zuma dropped one of the lawsuits (a R5 million claim over the 2008 Lady Justice cartoon). In May 2013, Zuma dropped the earlier R10 million lawsuit from 2006. stomach medicine motilium

He has published eighteen cartoon collections:

VuvuzelaNation (2013)
In 2001 he became the first cartoonist to win a category prize in the CNN African Journalist of the Year Awards. prednisone shot
In 2004 the University of Transkei (now incorporated into Walter Sisulu University) made him an Honorary Doctor of Literature.
In 2008 Rhodes University made him an Honorary Doctor of Laws.
In 2005 the Prince Claus Fund of the Netherlands awarded him the Principal Prince Claus Award. metformin hydrochloride bp 500mg
In 2005 he also received an Honorary Sunday Times Alan Paton Literary Award.
In 2005 he won the first Mondi Shanduka Journalist of the Year Award.
In 2007 the Cartoonists Rights Network (USA) awarded him their annual Courage in Editorial Cartooning Award. Later that year he was also awarded first prize in Berlin, in the international Entwicklungspolitik cartoon competition on Africa.
In 2009 he won the Media Institute of Southern Africa’s Press Freedom Award.
In 2011 he was voted one of the 50 most influential people in Africa by the magazine Jeune Afrique
In 2012 the International Publishers Association (IPA) awarded him their annual Freedom to Publish prize.
In 2013 he was celebrated as one of the ‘100 World Class South Africans’ by City Press cuanto cuesta las pastillas cytotec en colombia
In 2013 he was honoured for his contribution to press freedom and social commentarywith the renaming of NY 106 as Zapiro Lane in the Name Your Hood Campaign in Gugulethu, Cape Town
Other Awards: 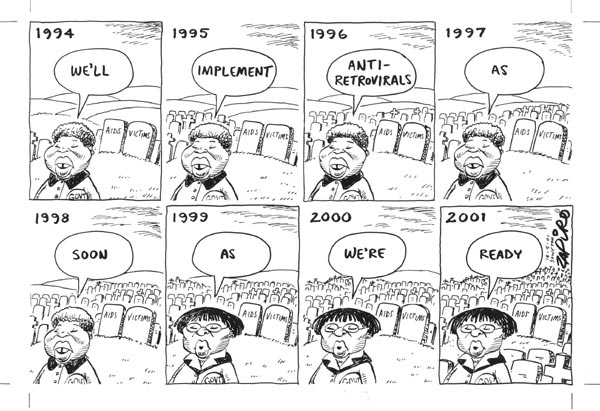 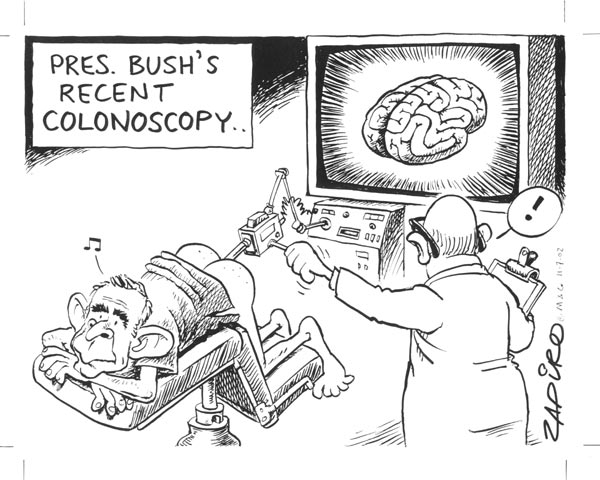 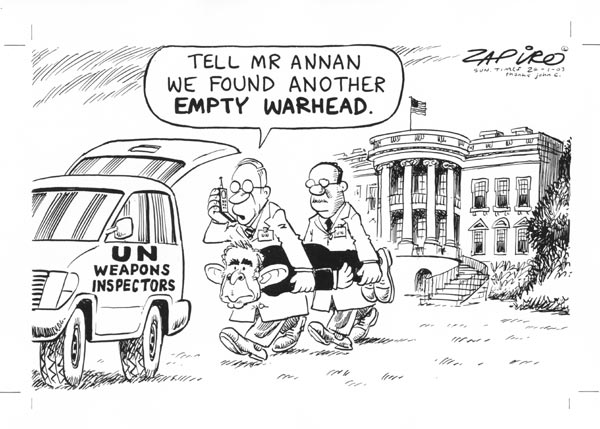 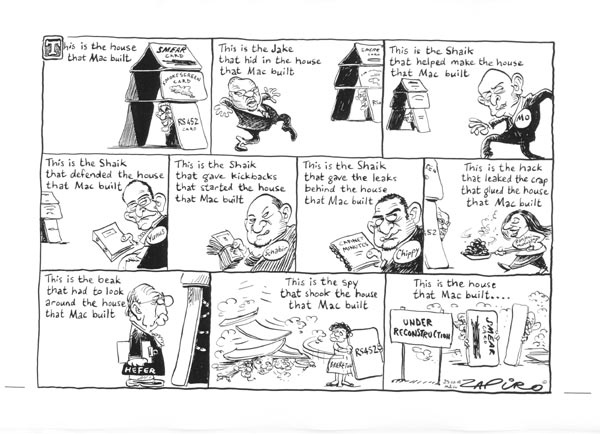 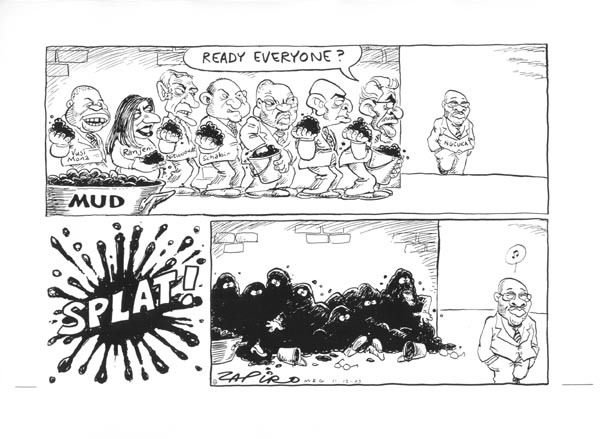 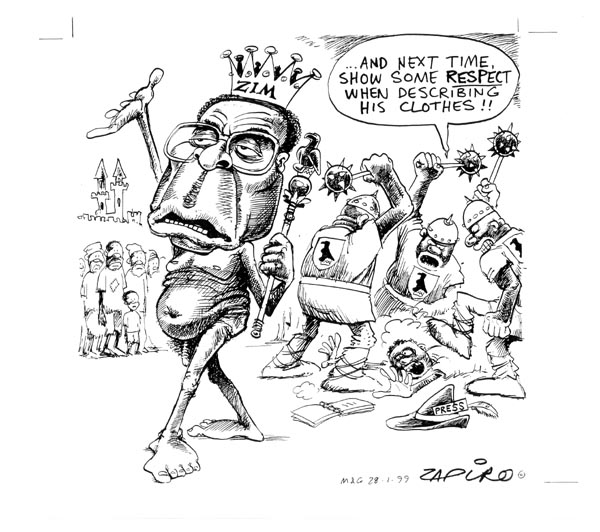 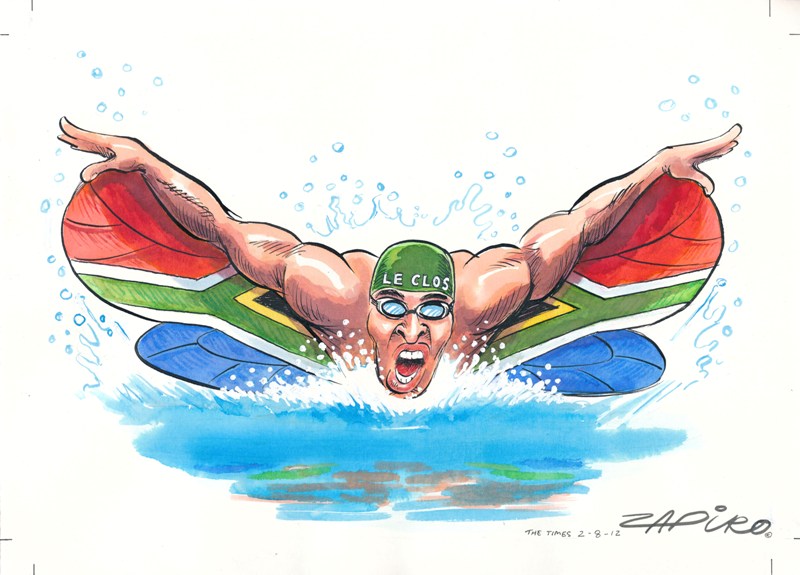 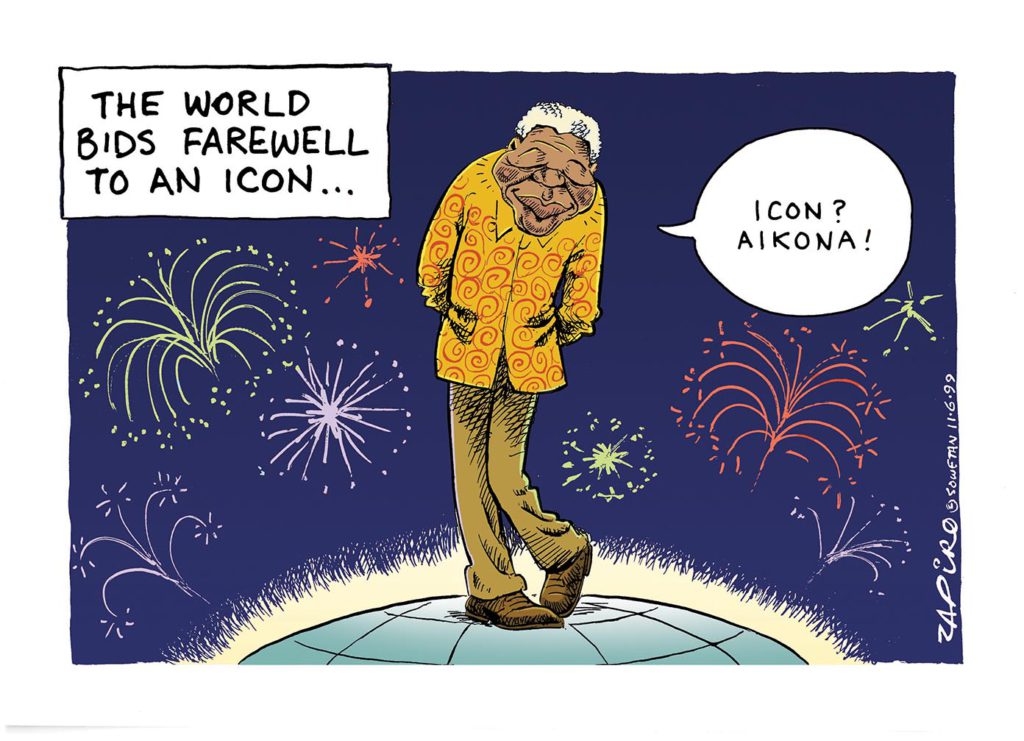 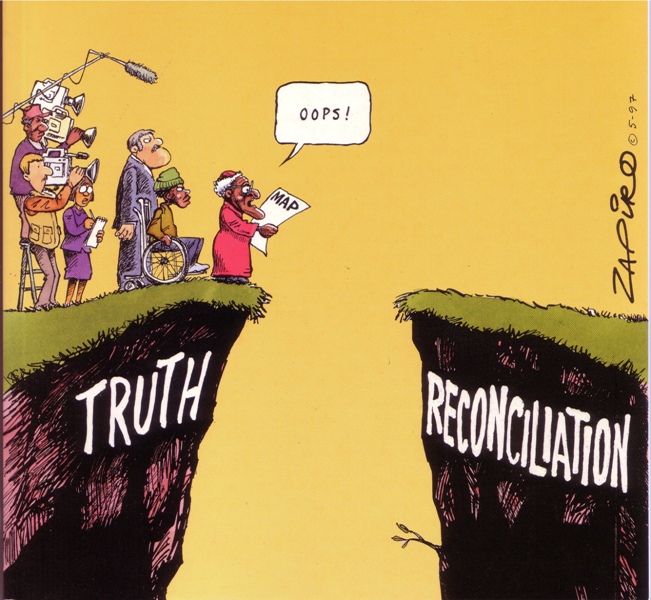 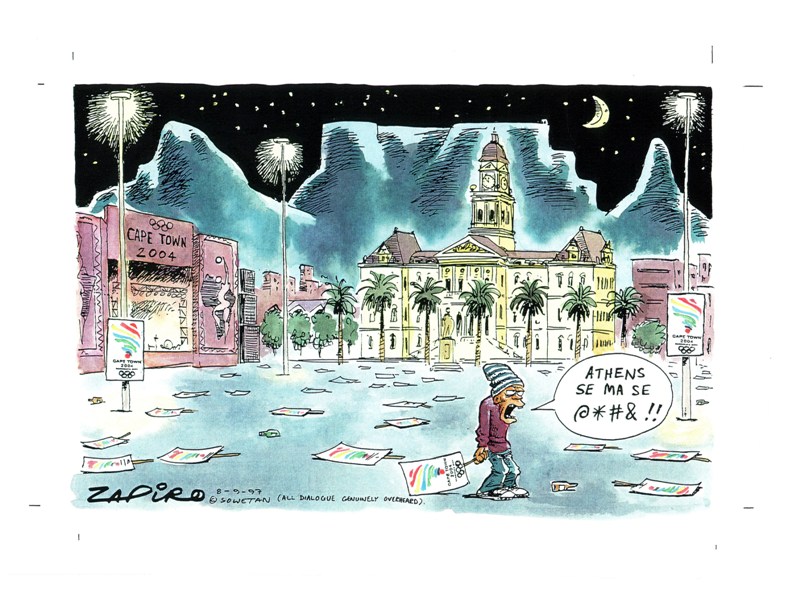 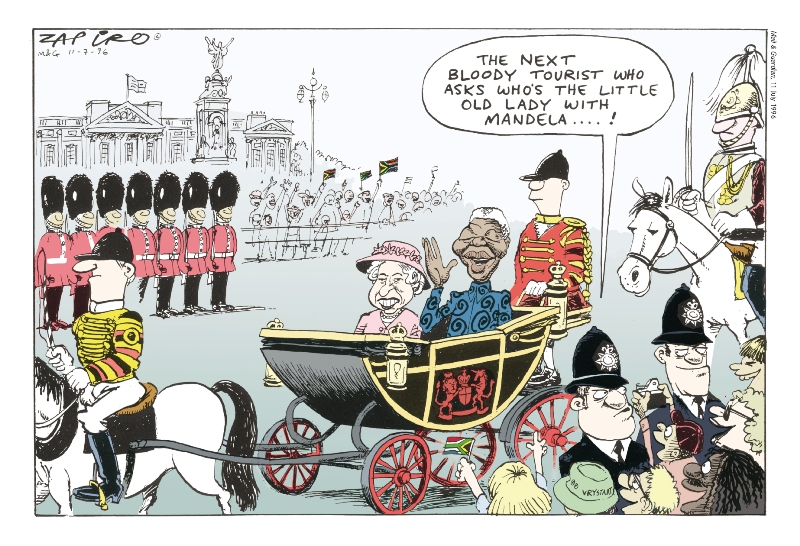 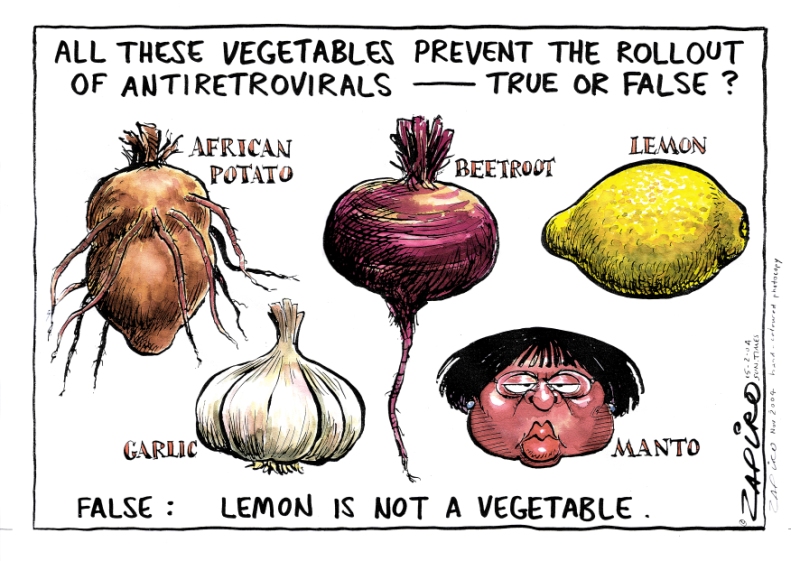 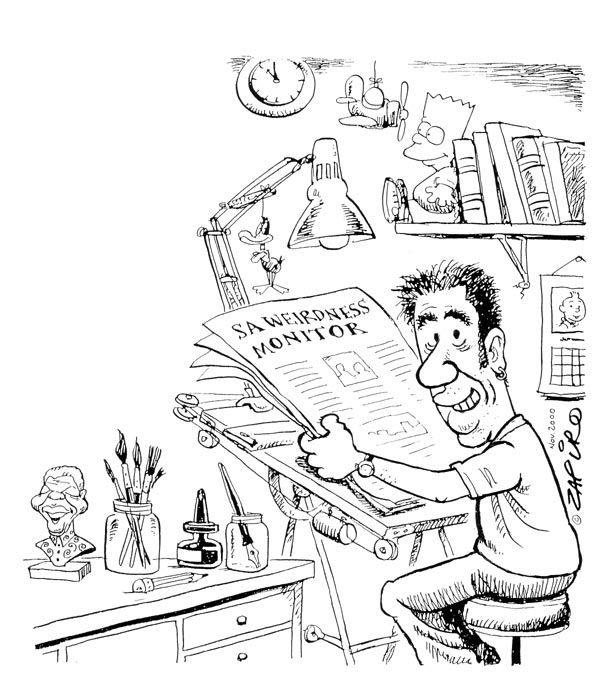